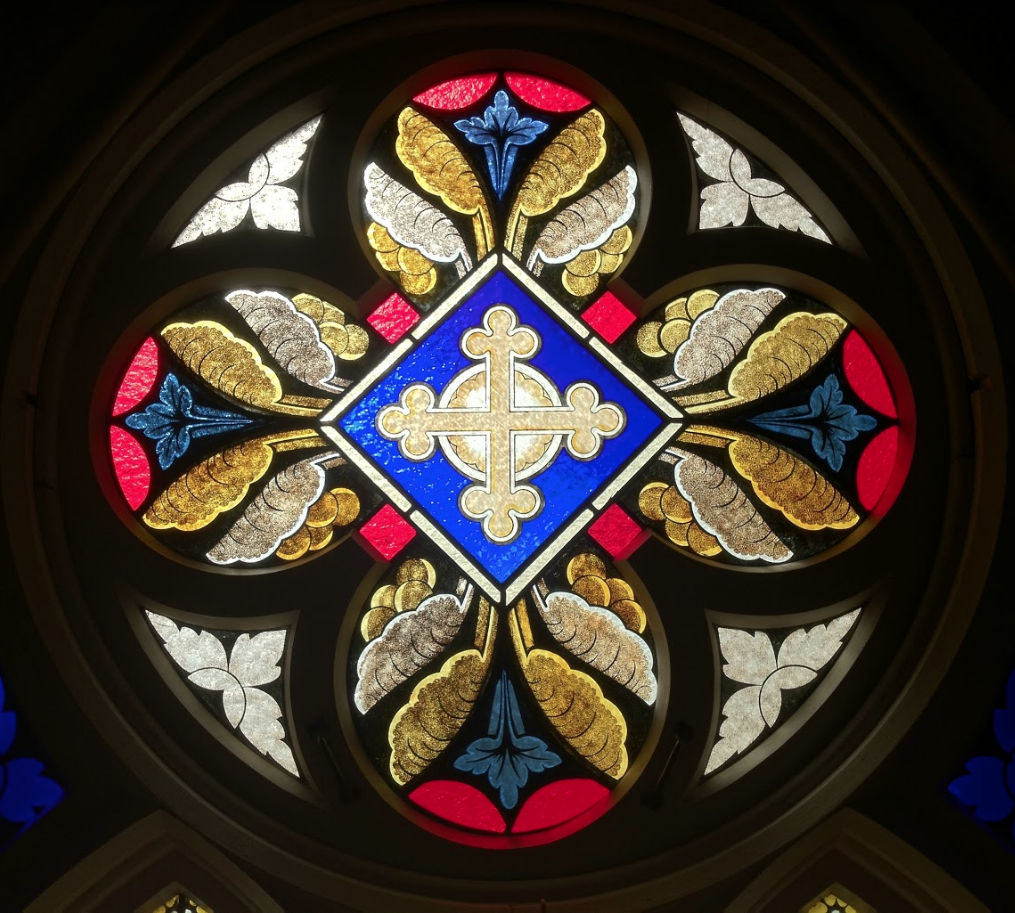 Who Is Behind The Evil?

Look at all the evil that got poured out on Job. And as we look at it we have to realize someone was behind it all. The question, of course, is who? Look at the planning involved: You have the Sabeans in the south, from Sheba.1(Job 1:15 BHS-T)}} They come up and take away the donkeys. You have the Chaldeans.2(Job 1:17 BHS-T)}} They live in the east. But they have to come up, around and then down from the north. Notice what’s going on here. It’s a sandwich. And Job’s people and possessions are in the middle. There was no escape for them.

Who would be capable of such long term planning and such short term devastation? The simple, obvious answer is: The Devil. But notice the words we read here. One of the servants says that fire came from God and said that fire came from God and ate up the sheep and servants.3(Job 1:16 BHS-T)}} Who is behind this evil? Is it the Lord? Or is it Satan? How Job responds helps us answer the question: “20 At this, Job got up and tore his robe and shaved his head. Then he fell to the ground in worship 21 and said: “Naked I came from my mother’s womb, and naked I will depart. The Lord gave and the Lord has taken away; may the name of the Lord be praised.”” (Job 1:20–21 NIV11-GKE)

Look at Job’s reaction. He openly says that the Lord gives and the Lord takes away. Who was the one behind the evil? God was. But if that’s the case, why does Job fall down in worship, praising the Lord? As I read these words, I want to almost reach through time and grab Job by the shoulders and ask him why he’s praising the Lord when he just got done admitting that the Lord was the one who was behind the evil.

How do we make sense of this? Who is behind the evil? Let me use an illustration from football. There is this play called the double reverse. You hand the ball off to the running back. He fakes and hands the ball off to another running back. The second running back has the ball. He is the one who is in control. Truly, Satan is behind the evil, using it to lie, kill, and destroy. But the Lord is behind Satan, outmaneuvering Satan. He sees to it that whatever evil he allows Satan to carry out serves God’s will and our eventual good.

When we understand this we begin to understand why Job praises God instead of cursing him. Through this gift of faith, he has uncovered what we sing about in our hymn:

Why should cross and trial grieve me?
Christ is here
with his cheer;
Never will he leave me.
Who can rob me of the heaven
That God’s son
For me won
When his life was given.

God gives me my days of gladness,
And I will
trust him still
When he sends me sadness.
God is good;
His love attends me
Day by day,
Come what may,
Guides me and defends me.

Job knows that the Lord is good and gracious. But it takes the rest of the book for us to figure out how he knows. It takes us to get to the middle of the book where he preaches about his Redeemer who will stand on the earth and give him back his body, redeemed and holy. It takes us to get to the end of the book to see that the Lord had a plan all throughout Job’s life to use even these horrible tragedies for his good? For through it all Job knew that behind the evil was Satan. But behind Satan, outwitting and outmaneuvering him, was the Lord.

Before we leave these words though, I want you to know that you can have the same sort of faith as Job. I have heard it from others and I have thought it myself: If only I had the faith of Job. But we never really get around to asking the question: how can we get and grow a faith like Job’s?

The first answer is that you already have the same faith as Job had. It was given to you by God’s holy Spirit through his word when he gave you faith. But my dear friends, this is a faith you can grow in, just like Job did. Martin Luther spoke about this. He asked the question, what makes a theologian? But you could use the same answer here, asking, how can each of us get and grow in the faith of Job? It boils down to three elements: {\app Oratio, Meditatio, Tentatio.}: Prayer, Meditation, and testing.

Job prayed so much and so often. And in speaking to the Lord in his prayers, he was able to see the times and the many ways the Lord answered his prayers and even provided for him even when he did not answer his prayers in ways that he had asked. And, again and again, that proved to Job that his God, the Lord, was good and gracious. And we can do the same.

Second, there’s Meditation. There is the encouragement for us to not just endure God’s word. But instead, we dig into it. We sink our teeth into it. And as we do so we see so many real people whom the Lord was with. And our souls are able to make the connection that if the Lord was good and gracious to them, then, even if I do not see it right now, he will be good and gracious to me—despite the trouble and despite the tragedy.

And finally, there’s Trials. When prayer and meditation are in place, then we’re in the position, that when our lives fall apart with hardship and tragedy, we are already looking for the goodness in God that we have already seen as answers to our prayers and as examples in his word. And with that then we have strength, patience, and hope to trust that our God is good—even through all the trials we face.

So, my dear friends, who is behind the evil? Satan is. But know that the Lord is behind Satan, outwitting and outmaneuvering him every day. And our prayer is that the Lord would continue to give us the optimistic faith of Job through prayer, meditation, and yes, even testing. Amen. 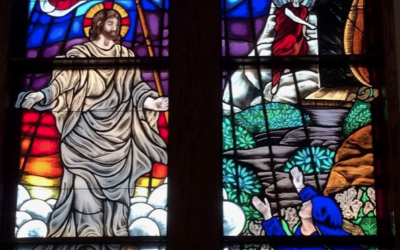 Easter Day – Festival of the Resurrection

Sunday, April 4, 2021Watch the service If it goes on the board. The students in my catechism class know what those words mean. A student asks a question and I need to give an answer. So I go to the whiteboard and write down the answer. If it’s a teaching in the bible...

Easter Sunrise – Festival of the Resurrection 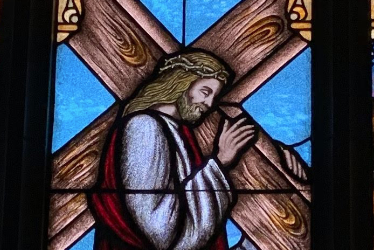 Good Friday – The Sacrifice Once For All

Friday, April 2, 2021Watch the service It was his knees. Years ago there was a girl. She had a dad that loved her and she loved him. There was a problem, though. The problem was his knees. You see, he was a carpenter. And his speciality was tiling. He did wonderful...