Epiphany 2 – The Brilliance of Christ’s Glory Shines Forth 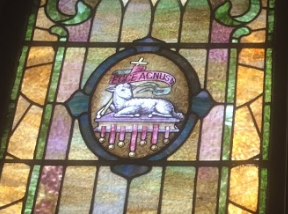 Waiting isn’t always easy. This is the time of year when buses are a blessing. I remember when I was a child and I had to walk to school—even in the winter. Then, one year, there was this new, amazing blessing: a bus. But I soon realized that the problem with the bus is that it arrives when it wanted to, not when I wanted to. When I walked to school, I could leave when I wanted to. But the bus arrived around the corner when it wanted to. And I have to admit, it was sometimes hard just sitting there in the cold, waiting. Waiting isn’t easy. That’s the context we enter into as we read the opening words of John 2: “1 On the third day a wedding took place at Cana in Galilee. Jesus’ mother was there, 2 and Jesus and his disciples had also been invited to the wedding.” (John 2:1–2 NIV11-GKE)

In the words leading up to this Jesus has chosen a few disciples. He has revealed a small bit of his glory. And he promised them that they would see greater signs than these.1 And after Jesus says this, what happens? A day goes by and nothing happens. Another day goes by and nothing happens. And, when John tells us here “on the third day,” our best understanding is that it’s been three days since Jesus had this discussion with his few disciples. So they are waiting. And from the words that follow we see that Mary, Jesus’ mother is waiting too. We read: “When the wine was gone, Jesus’ mother said to him, “They have no more wine.”” (John 2:3 NIV11-GKE)

Mary was waiting too. Here in these words we have the what, but we don’t exactly have the why. Mary states the fact that they have run out of wine. So, is this Mary on a good day or a bad day? If this is Mary on a bad day, here we see a nagging mom, speaking to her son. It’s like the husband who comes home from work and his wife says, “The trash is full.” Woe to the husband who says, “Yeah, it does look full.” The statement of fact, drives and directs toward and action. Did Mary state the fact so that she, in a subtle way would let Jesus know that this would be a good opportunity for him to show his glory?

Or was this Mary on a good day? On of the traps we can fall into in our prayers is that we ask Jesus to do fulfill a request for us. And we might say the words, “you will be done.” But, really, in our deepest thoughts, we think that our will and plan is better than God’s. There are these amazing examples in God’s word where the person praying puts the problem in God’s lap. And then, instead of telling God what to do about it, the person let’s God take care of us, trusting that he knows what it best. In either case, Mary is waiting for Jesus. From here we get to see Jesus’ response: “4 “Woman, why do you involve me?” Jesus replied. “My hour has not yet come.” 5 His mother said to the servants, “Do whatever he tells you.” 6 Nearby stood six stone water jars, the kind used by the Jews for ceremonial washing, each holding from twenty to thirty gallons. 7 Jesus said to the servants, “Fill the jars with water”; so they filled them to the brim. 8 Then he told them, “Now draw some out and take it to the master of the banquet.” They did so, 9 and the master of the banquet tasted the water that had been turned into wine. He did not realize where it had come from, though the servants who had drawn the water knew. Then he called the bridegroom aside 10 and said, “Everyone brings out the choice wine first and then the cheaper wine after the guests have had too much to drink; but you have saved the best till now.”” (John 2:4–10 NIV11-GKE)

Notice how Jesus responds. He does not call her, “mom.” He refers to her in a polite, but distant way as, “woman.”2 After this he says, “what do you and I share in?”3 Notice what he is doing. He is putting up a healthy boundary. He is letting her know that not only is he a grown up man, but that also now, he is taking on the full work as our prophet, priest, and king. Those are areas that she does not have a role or responsibility for. After teaching his mother, he directs his attention to her request. The time was not ideal and perfect. And the perfect time came. And he turned the water into wine.

From this, my friends in Christ, we learn a very importing truth. Jesus reveals his glory. But he does so in his own good time. You see, we face a very real temptation in our times of waiting. Jesus does care for us. And he does provide for us—often in glorious ways. But the first problem that we have is that we aren’t ready for his gifts. There was the winter dance down at MVL a few days ago. And it reminded me of what it was like to be at that age. There is this irony that, in our teenage years we are put in situations where we have to interact with others. And we would like to think that we are ready. But, we quickly see that we are not.

So, the first question we need to ask ourselves is whether we are ready. But the second question is just as important: will you be thankful? Many years ago there was a family who joined our church. And, with such openness, the mom in the family spoke about how she got married right out of high school. And she was not ready. And neither was her husband. Their marriage fell apart. But she told us of how good and gracious Jesus was to forgive her for making a mess of her marriage. But then, years later, she got remarried. And this time, not only was she ready, but she was also thankful. For she saw and treasured the gift that she had. And she treasured it every day.

So my dear friends in Christ, Jesus does reveal his glory. But he does so in his own good time. In his own good and perfect time he came to this earth to conquer Satan and redeem us from our sins. And, in an amazing way, there are these examples in our lives where he gives us gifts before we are ready and we show that we are not ready. And then, out of his amazing goodness, he forgives us and then makes us ready and gives us thankfulness. But these words conclude with some words worthy of our time: “What Jesus did here in Cana of Galilee was the first of the signs through which he revealed his glory; and his disciples believed in him.” (John 2:11 NIV11-GKE)

Jesus reveals his glory in his own time. But he also reveals his glory in his own way. From these words we see that there is a goal to Jesus’ glory. The goal for Jesus to not just have his glory, but to also reveal it, is that we would see his goodness. About half way through the summer, there is this prayer of the day that we speak at the beginning of the service. It reads like this:

O God, you reveal your mighty power chiefly in showing mercy and kindness. Grant us the full measure of your grace that we may obtain your promises and become partakers of your heavenly glory; through Jesus Christ, your Son, our Lord, who lives and reigns with you and the Holy Spirit, one God, now and forever.

Think this through for just a moment. Jesus first miracle was not to raise someone from the dead. And it was not to put someone to death. What was the worst that would happen at this wedding feast? There would have been embarrassment and shame. But, it would have been forgotten over time. But that’s just the point, isn’t it. Our good and gracious Savior cares even about the small little details that in the grand scheme of history doesn’t mean that much. It does, though, mean so much to him. For in those moments he reveals the goal of his glory: that we would see his goodness.

Holy Trinity Sunday – Through the Word, the Triune God blesses us

Almighty God and Father, dwelling in majesty and mystery, filling and renewing all creation by your eternal Spirit, and manifesting your saving grace through our Lord Jesus Christ: in mercy cleanse our hearts and lips that, free from doubt and fear, we may ever worship you, one true immortal God, with your Son and the Holy Spirit, living and reigning, now and forever. 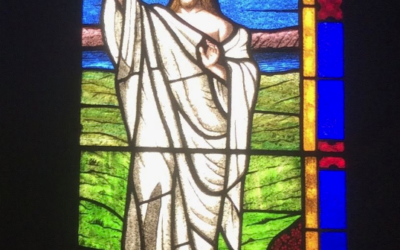 Transfiguration – We Have Seen His Glory

Why is Jesus’ Transfiguration better than Show and Tell?

Sometimes before we set the table, we have to clear it.