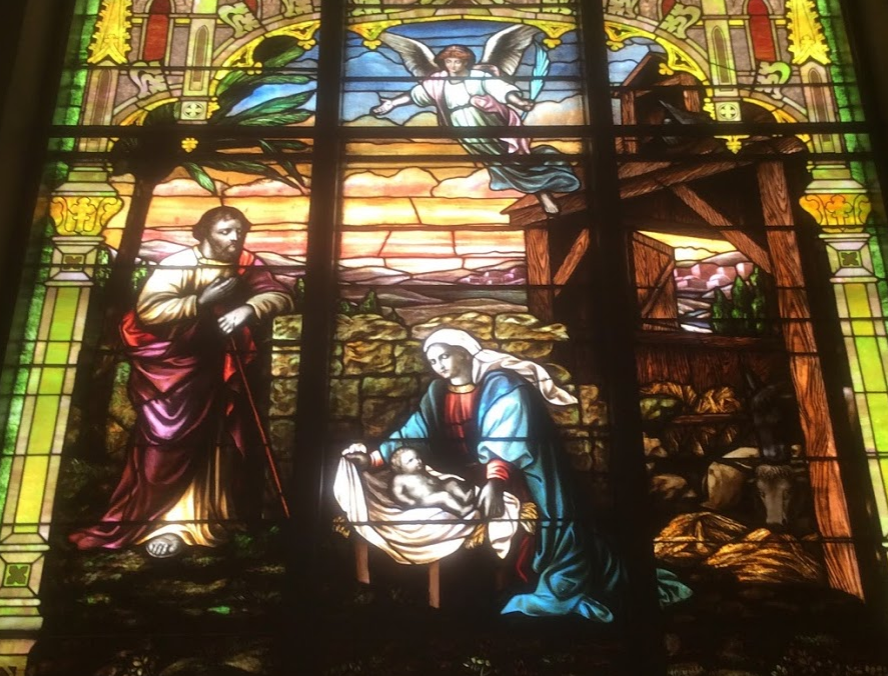 You Have A Complete Savior

What was it like to raise him? In our lives we come into contact with people who are smarter or stronger than we are. These are people who become famous. And after they become famous, they eventually get around to making biographies of these people. And they go to the parents, asking them what it was like to raise a child like that. They always end up saying that at an early age the child could out-move, out-dunk, out-read the parent. This morning Luke does the same for us. He lets us know what it was like to be the parents of Jesus. This is the only record of Jesus’ childhood. We jump from Jesus at 2 years old to 32. The only exception is these words here. But in these words we see what it was like for Mary and Joseph to raise the Christ. In Luke 2, we read: “41 Every year Jesus’ parents went to Jerusalem for the Festival of the Passover. 42 When he was twelve years old, they went up to the festival, according to the custom. 43 After the festival was over, while his parents were returning home, the boy Jesus stayed behind in Jerusalem, but they were unaware of it. 44 Thinking he was in their company, they traveled on for a day. Then they began looking for him among their relatives and friends. 45 When they did not find him, they went back to Jerusalem to look for him. 46 After three days they found him in the temple courts, sitting among the teachers, listening to them and asking them questions.” (Luke 2:41–46 NIV11-GKE)

First, Luke gives tells us what life was like from the parents’ perspective. Every year Mary and Joseph would go up to Jerusalem for the Passover. But when Jesus is old enough, they bring Jesus. They finish the Passover and then return home. And what we need to understand is that they traveled in groups of extended families, not just immediate, nuclear families. They traveled with cousins. This is an important detail because when they leave Jerusalem, they forget about Jesus. Taking care of the children was often delegated to someone else. So they get a day down the road and they remember to look for Jesus. He is not there. They panic and rush back to Jerusalem. And then for three days they look for him. So now, four days have gone by. They finally find him in the temple grounds asking questions of the professors and teachers of teachers. That’s the parents’ perspective. Then Luke gives us what was happening from Jesus’ perspective: “Everyone who heard him was amazed at his understanding and his answers.” (Luke 2:47 NIV11-GKE)

This is an important verse. Jesus is there, day after day, hour after hour, grilling the teachers with questions. But there’s more. They asked him questions too. They were amazed at his answers. And they were amazed at what his answers showed: This 12 year old boy knows. He knows far more than he is supposed to or should be able to. So Jesus is having this amazing conversation with these teachers. And what happens next? “48 When his parents saw him, they were astonished. His mother said to him, “Son, why have you treated us like this? Your father and I have been anxiously searching for you.” 49 “Why were you searching for me?” he asked. “Didn’t you know I had to be in my Father’s house?” 50 But they did not understand what he was saying to them.” (Luke 2:48–50 NIV11-GKE)

From where Jesus was sitting his parents interrupted him. Mary asks Jesus, “why.” But there’s this accusing tone in her voice. She lets Jesus know that what he did caused them hardship and pain.1 Jesus’ response is amazing. He gives them two details that they need to know. First, he answers the why question. Why was he there? It was absolutely necessary.2 Then he tells them the answer to the what question. He was there in his Father’s house carrying out his Father’s business.3 In a very forceful way, Jesus, at 12 years old was reminding his parents who he was. He was the Son of God. He was not the one who had messed up. They had one job to do: care for the Christ. And they were the ones who had failed, not him.

Now, my dear friends in Christ, what do we do with all of this? How do we make sense of this? What this shows us is that we need a complete Savior. And that means that we need a Savior who is truly God. And here we see this. Jesus knows. He knows far beyond his years. And it’s not just interesting that he knows only what God can know. It is also necessary. Each of us needs a Savior who knows all. For, as human beings, we can be tripped up by people who lie to us. No one can lie to Jesus because Jesus knows all. Years ago I watched a movie where a guy got a ride from a friend. He told his friend, “stay, here, I’ll be right back.’” The guy came back a couple of minutes later with a huge bag of money in his hands and got in the car. Out of nowhere the driver had become an accomplice to the crime for one reason: he didn’t know. And the same happens to us when people lie to us and lead us into sin. We need a Savior who knows all. That is the only sort of Savior who can never be led astray by lies and deceit.

Now, before we go any further, let’s tackle a very important issue. Whether Jesus is 1 year old or twelve years old, Jesus knows all because he is truly God. Yes, that means that the baby Jesus in the manger knows everything. How is it then that Jesus, whether he is two or twelve does not seem to know all? Let’s read the next part of God’s word and see what we find: “50 But they did not understand what he was saying to them. 51 Then he went down to Nazareth with them and was obedient to them. But his mother treasured all these things in her heart. 52 And Jesus grew in wisdom and stature, and in favor with God and man.” (Luke 2:50–52 NIV11-GKE)

Jesus, in these words, was not the one who needed them. Instead, they were the ones who needed him. Jesus, of his own will, choice, and freedom, went back with them and was obedient to them. He did this not for himself. He was perfectly at home in the house of his Father. He did this for them. They needed a Savior who was really, truly human. They needed a Savior who, at every age and every stage of his life could be tempted as a real human being in their place. And yet, where Mary and Joseph forget and fail, this human never did. And my friends, the same is true for us. We need a real human to be tempted in every way as we are and yet triumph. For there may be those times we can say in moments of pressure and pain, “you don’t know what it is like.’” And we can say this to other humans and it might be true that they don’t know what we are going through. But we cannot say this to Jesus. Jesus, as a true human knows our plight and our pain. But what’s even more amazing is that because he is a human Jesus truly grows. At every stage of his life from 2 to twelve and from twelve to 32, Jesus goes through the unique temptations of every stage of life and triumphs. He does this for Mary and Joseph. And he does this for us today. And because of this we know that we have a complete Savior. We have a complete Savior both because Jesus truly knows and because he truly grows.

But, before I close, let me address the issue I brought up. Whether two or twelve, how is it that Jesus can both know and not know? The answer is not found in his humanity. Instead it’s found in his humility. Jesus, in his state of humiliation, for the most part, gives up the use, not the possession of his divine powers. Jesus was and always will be true God. He does not change because God cannot change. From his conception to his ascension, Jesus truly knows all. But, for the most part, what do we see Jesus doing? We see him doing what we see here in these words. He hides his glory. He hides his knowledge. He instead submits to his parents who forgot him and abandoned him. And he does this in the context of growing as only humans can do.

Finally, my friends in Christ, this is what we know from God’s word. But that doesn’t mean that it will perfectly make sense to us. This, like the teaching of the Trinity, is a mystery. We can describe it. But we cannot fully define it. But it is enough, more than enough to know the why even if we do not know the what perfectly. You have a complete Savior. Jesus truly knows. There is not trap or lie he will give into. Jesus truly grows. There is no pain or pressure you have gone through that Jesus does not know about personally. Amen. 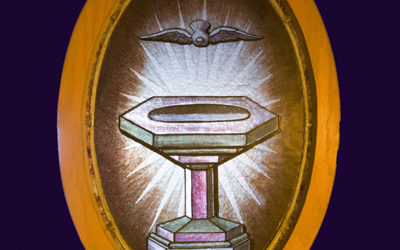 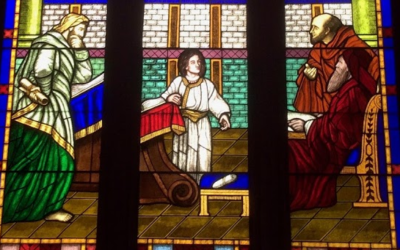 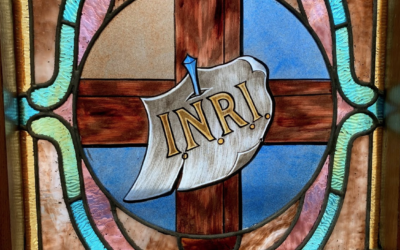 New Years Eve – How will you build?

How can we make sure we are building a proper foundation for the future?