Will I Be At The Banquet? 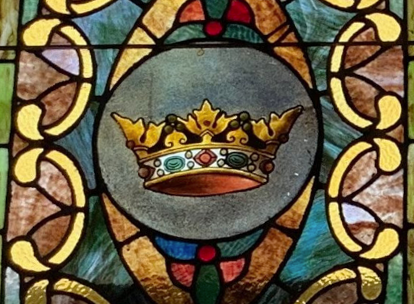 Will I Be At The Banquet?

Not everyone will make it. One of the frustrations about weddings is that you cannot invite everyone. More than two decades ago when Karin and I were married that was one of the frustrations. The way we ended up solving it was by having the wedding where it was hard for everyone to get to. If distance and geography keep people away, you can find room for all. Just so that we’re on the same page, I don’t recommend what we did. But it remains a challenge. Everyone wants to be at the wedding banquet. But not everyone can be there. That’s the sort of context we find this morning in God’s word. Who will be at the wedding? And why will they be there? In Matthew 22 we read: “1 Jesus spoke to them again in parables, saying: 2 “The kingdom of heaven is like a king who prepared a wedding banquet for his son. 3 He sent his servants to those who had been invited to the banquet to tell them to come, but they refused to come. 4 “Then he sent some more servants and said, ‘Tell those who have been invited that I have prepared my dinner: My oxen and fattened cattle have been butchered, and everything is ready. Come to the wedding banquet.’ 5 “But they paid no attention and went off—one to his field, another to his business. 6 The rest seized his servants, mistreated them and killed them. 7 The king was enraged. He sent his army and destroyed those murderers and burned their city.” (Matt. 22:1–7 NIV11-GKE)

In this story that Jesus uses, we meet a king. The king has a son. And he is providing a massive banquet to celebrate his son’s wedding. And, as we read through these words we see that there is every reason why everyone would want t0 be at this wedding. First of all, it’s the king’s banquet. Over in England when their prince gets married, everyone wants to be there and millions of people watched it on TV even though they couldn’t be there. It’s a king’s banquet. Second, it’s a beautiful banquet. There is more than enough food for everyone. And it’s good food.

The king gives them every reason to say, “yes.” But, in more than one way, they say, “no.” They make up excuses to not be there. So the kings sends even more messengers. At first they were annoyed at the king’s messengers. Then they get angry at them. So they kill some of them. And in response—as this wedding feast is going on—the king sends out his army and burns their village to the ground.

So we ask the question: Will they be at the banquet? No. And the reason why this is true is because they were not willing.1 Jesus here is making a point. And the point is not about wedding customs in the past. Jesus here is telling us that there is banquet spread before us here in church. Here in church we have the amazing privilege of hearing of our sin and receiving forgivness. And even once a month we have a special banquet where we sit down with Jesus. We eat bread, drink wine, and along with that we receive Jesus’ body and blood. And he forgives our sins. And that banquet is a foretaste of the banquet we will have in heaven.

It’s an amazing feast. But there are many who are not here. And they will not be here for one reason: They are not willing. Now, my dear friends in Christ, when people reject the invitation to be here at this banquet, there is a temptation and a pressure. The temptation and pressure is to blame ourselves for their unwillingness. Or, as we see in this story, there is a temptation to blame the messenger. Here is where we need to be strong and trust our Lord. What we have here in our church is good. Here Jesus gives us forgiveness. Here Jesus prepares for us a banquet right now and forever in heaven. But these words continue: “8 “Then he said to his servants, ‘The wedding banquet is ready, but those I invited did not deserve to come. 9 So go to the street corners and invite to the banquet anyone you find.’ 10 So the servants went out into the streets and gathered all the people they could find, the bad as well as the good, and the wedding hall was filled with guests. 11 “But when the king came in to see the guests, he noticed a man there who was not wearing wedding clothes. 12 He asked, ‘How did you get in here without wedding clothes, friend?’ The man was speechless. 13 “Then the king told the attendants, ‘Tie him hand and foot, and throw him outside, into the darkness, where there will be weeping and gnashing of teeth.’” (Matt. 22:8–13 NIV11-GKE)

So, some are not at this banquet because they are not willing. Some make it to the banquet but are thrown out because they want to hear parts of God’s word, but not all of it. And that makes us ask a question: What about me? Will I be at the banquet? If the king goes through and burns down the villages of those who do not come, and if he throws out the one who isn’t wearing the right clothes, then what about me? Will there be a time when I am thrown out of God’s church–either here, right now, or when I die and meet my maker? Jesus responds to that question in our final verse. Jesus says: ““For many are invited, but few are chosen.”” (Matt. 22:14 NIV11-GKE)

Many are invited. And most say, “no.” This is a powerful reminder to us to say, “no”—not to Jesus, but instead, to say “no” to ourselves. When we share God’s word and are ashamed when people push back, we need to repent of the times were were ashamed of Jesus. When we hear words like, sin, death, repentance, we need to repent of the times that we, each of us, only wanted to hear the solution and not the problem. To that voice inside of us, Jesus says, “repent.”

But my dear friends in Christ, there is another voice inside of us. There is another voice which knows Jesus, clings to him, and listens to him. This voice hates the sin in us. This voice wants, needs, craves forgiveness and strength to fight against sin. To this voice Jesus speaks the words, “Chosen.” How do I know that I will be and belong at the banquet—both here in this church and forever in heaven? Jesus says, “I chose you.” That truth is reflected so beautifully in our hymn we just sang. In that hymn it says:

So if you are ashamed at the time that you shared God’s word and people were not willing to hear it, and in response you feared them more than God, look at what Jesus did for you. If you are ashamed at the times you wanted a part of the church and not all of it, cherry-picking the parts of the bible that apply to you, look to Jesus. Repent of yours sins. And rejoice in what he has done for you. For he chose you before the worlds began to be his own. And it was all by his grace. Amen.