How can I forgive? 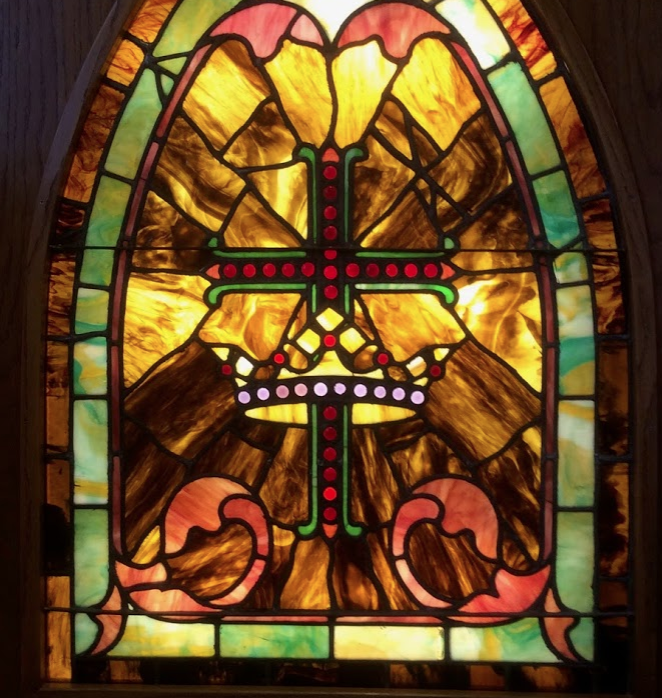 How Can I Forgive?

Some wounds do not heal. Many years ago I took a lifeguarding class. And in the class they spoke about how to handle bone breaks. You see, one of the interesting facts about bones is that that they heal on their own. It happens slowly. But, if given the right nutrients, broken bones will mend. There’s a problem though. If the bones are not lined up the proper way the bones will grow and mend in the wrong direction. The bones try to heal. But they cannot heal in the right direction. All of this is important for us to speak about this morning because the same problem can happen with our souls. When our souls are hurt in a very harmful way, they try to heal. But, like a bone that is not set properly, our souls can heal in the wrong direction.

This morning we see this in the life of Joseph. Joseph was hurt and harmed. But, it was not his body that was most of all hurt. It was his soul. When he was a teenager the Lord had given him a vision that all his relatives would bow down to him. And the more he talked about his vision, the more his brothers did not like him. And eventually, they hated him. And they did what is unthinkable. They plotted and planned to murder him. Then, instead of murdering him, they sold him into slavery. You have to picture how horrible the situation was. They threw Joseph into a cistern. And, for hours, he cried out to them so that they could save him. But, instead of saving him, they sold him.

How can Joseph heal from that sort of wound? How can he forgive that sort of harm? There are many ways that God heals shattered souls. In God’s word this morning we see two of them. For, if we put ourselves in Joseph’s shoes, and ask the question, “How can I forgive that,” the Lord gave Joseph gifts to help his soul heal. First, The Lord gave him space. What I’m about to say might sound strange, but in the situation that Joseph was in, space was the greatest gift God could give to Joseph. For Joseph was not safe living with his brothers. Even if they took him up out of that cistern, they would still have hated him. And, most likely, the plots and plans to kill him would have happened. So the Lord gave Joseph space and safety so that his soul could begin to heal.

Now, my dear friends in Christ, this is important to consider because no healing and forgiveness can happen without safety. Imagine for a moment that I were to repeatedly hit you in the face. And after each time I hit you, I said, “forgive me.” It’s impossible to conceive of how you could forgive the person when you are continually being abused by the person. That’s what was happening to Joseph. So the Lord gave him space. And through that, the Lord also gave him healing for his soul.

Second, the Lord also gave him a place. In Genesis 50, we read these words: “15 When Joseph’s brothers saw that their father was dead, they said, “What if Joseph holds a grudge against us and pays us back for all the wrongs we did to him?” 16 So they sent word to Joseph, saying, “Your father left these instructions before he died: 17 ‘This is what you are to say to Joseph: I ask you to forgive your brothers the sins and the wrongs they committed in treating you so badly.’ Now please forgive the sins of the servants of the God of your father.” When their message came to him, Joseph wept. 18 His brothers then came and threw themselves down before him. “We are your slaves,” they said. 19 But Joseph said to them, “Don’t be afraid. Am I in the place of God?” (Gen. 50:15–19 NIV11-GKE)

Joseph had a place. And Joseph’s place was not to play God. If Josephs’s brothers repented of their sins and showed it, who was he to step into God’s shoes and forbid forgiveness? Who was he to stand in God’s place? You see, on the one hand, we have to say and admit that there is no way that Joseph deserved to be sold into slavery. But, on the other hand, the space that God gave Joseph gave him the opportunity to realize that there were times when he sinned in his life. And if the Lord could forgive his own sins, then he had to allow the Lord to forgive his brothers sins too.

My dear friends in Christ, there might very well be a time in your life that, like bones, your soul breaks because of harm someone else does to you. Let these words begin to help and heal you. For if you ask the question, “how can I forgive that other person,” God shows his graciousness in that he gives us space. And without space, it’s impossible for us to forgive. But he also gives us a place. And our place is to know that, as we repent of our sins and are forgiven, so also, as those who harm us repent of their sins, they are forgiven too. But my dear friends, there are more points to ponder in these words. We read: “20 You intended to harm me, but God intended it for good to accomplish what is now being done, the saving of many lives. 21 So then, don’t be afraid. I will provide for you and your children.” And he reassured them and spoke kindly to them.” (Gen. 50:20–21 NIV11-GKE)

We ask the question, “How Do I Forgive Others?” But in these final words, the question we ask is, “How Do I Forgive Myself?” For a little while, put yourselves in Joseph’s brother’s shoes. They did the unthinkable to their brother. They plotted and planned to murder him. And then they sold him. In these words it was not Joseph that was accusing them. It was their conscience that accused them. How could they forgive then? How could they forgive themselves?

The answer is found in the very words that Joseph speaks: “Am I in the place of God?” Long ago, God had forgiven them. Long ago Joseph had forgiven them. If Jesus died for the sins of the entire world—even the sin of plotting to murder and selling one’s loved one into slavery, then what right do they have to cling to that sin and accuse themselves?

The same is true for us today. Sometimes the wounds done by others to us do not heal. But other times the wounds we have done to others do not heal too. And as we repent of our sins, it is important for us to realize that, just like Joseph’s brothers, refusing to trust in God’s forgiveness is putting ourselves in the place of God. So, if we ask the question, “How can I forgive myself,” know that the first answer to this question is, “You cannot.” God is the one who has the right to forgive. And in Christ that is exactly what he has done. And he invites us then to trust that fact.

And to help us with that task, look at what he does. He gives us his persistent perspective. Look at Joseph. This was not the first time he had to tell his brothers that they were forgiven. And, most likely, it wasn’t the last. Notice that three times Joseph speaks to them. First, he tells them to not be afraid anymore. Second, he reassures them. Finally, he speaks kindly to them. Look at how persistent the Lord is. And it is that patient persistence that slowly wears down our sin, guilt, and shame.

So my dear friends in Christ, when you ask the question, “How can I forgive myself,” remember this answer from God’s word. It is not our place first of all to forgive ourselves. We are not in the place of God. Instead, it is our role to trust that God has forgiven us. It is our role to hear these words of forgiveness again and again, week after week, even day after day. For our accusing consciences need to hear these promises.

And so, my friends in Christ, how will you forgive others? The Lord helps us to forgive by giving us space and a proper place. The Lord helps us forgive ourselves by reminding us that that is his place and role. And he persistently carries out that gracious work. Amen.