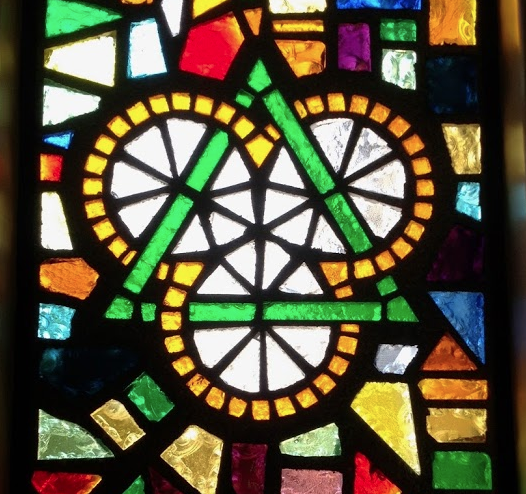 Unbelief is irrational. Way back, in the garden of Eden, life was complete and perfect. But then Satan came and sin entered the world. Pain, suffering, and death come through sin. But one of the consequences of sin is stupidity. For example, after the fall into sin, the Lord appears to Adam and Eve. And in response, they hide. It makes no sense. You cannot hide from God who knows everything and is everywhere. But they try, don’t they? In the world we live in today there is so much unbelief. And since there is this unbelief, it should not surprise us that it is both full of irrationality and wrath. The question God’s word invites us to ask this morning is: how do we deal with this irrational wrath? In Acts 7, we read these words: “37 “This is the Moses who told the Israelites, ‘God will raise up for you a prophet like me from your own people.’ 38 He was in the assembly in the wilderness, with the angel who spoke to him on Mount Sinai, and with our ancestors; and he received living words to pass on to us. 39 “But our ancestors refused to obey him. Instead, they rejected him and in their hearts turned back to Egypt.” (Acts 7:37–39 NIV11-GKE)

In these words, we meet Stephen. Stephen is put on the spot to defend his faith. And in this long, beautiful sermon we see how he defends his faith. And we learn from his example. As we said before, unbelief is irrational. But it is also filled with wrath. And it’s the sort of wrath that cannot stand up to the truth and instead, will try to kill it. How do we, as Christians, deal with this? First, look what Stephen does: He holds up a mirror and shows them their own irrationality. And notice how he does this. In this chapter he shows a pattern. Step one: God chooses someone. Step two: The one God chooses is persecuted—very often by God’s own people. So God chooses Joseph. Then Joseph is persecuted by his brothers. God chooses Moses, then God’s people persecute Moses and worship a golden calf. Now, before we go any further, notice what this would have done to the people Stephen was preaching to. They saw themselves as the ones who had been chosen by God. They were the chosen ones. Notice then where Stephen goes from here: “51 “You stiff-necked people! Your hearts and ears are still uncircumcised. You are just like your ancestors: You always resist the Holy Spirit! 52 Was there ever a prophet your ancestors did not persecute? They even killed those who predicted the coming of the Righteous One. And now you have betrayed and murdered him— 53 you who have received the law that was given through angels but have not obeyed it.” 54 When the members of the Sanhedrin heard this, they were furious and gnashed their teeth at him.” (Acts 7:51–54 NIV11-GKE)

Throughout this long, beautiful sermon, Stephen keeps saying “they.” They, God’s people, persecuted God’s chosen one: Joseph, Moses, and finally many prophets. Then, notice what is going on in these words. Stephen changes from “they” to “you.” And, at first, it seems like the “you” is the bad people in the Old Testament. But then he adds the words at the very end, “As your fathers were, so also are you.”1 In the boldest way, he finally showed them that they weren’t the chosen ones. Instead, they were the ones who were persecuting the chosen one. Just as their fathers persecuted the prophets, so also they are the ones who kill the prophet, Jesus. Stephen shows them their own irrational wrath. But that’s not all he does. He also sees reality as it is: Jesus safely sitting on his throne in heaven in control of all details here on earth. He does this for himself. He does this to remind himself that the Lord will rescue him from their irrational wrath.

This is so important for us to look at today. For today we too are surrounded by irrational, wrath-filled unbelievers. And we have to deal with them. We have to deal with the irrationality of unbelief. So many of the same people who are for abortion are against the death penalty. It makes no sense. You take as an example, the new, angry athiests. All of them say that there’s no way a good and kind god could have created life on this planet. However, if the idea of aliens comes up, they’ll entertain the idea that aliens seeded life here on this planet. It makes no sense.

We are called on to deal with the wrathful irrationality of unbelievers. But, we have to admit, that we don’t do it very well. I remember when I was in school and I flunked a test because my science teacher was an evolutionist and wanted to punish all those who disagreed with him. From that point on I gave up on science and math. Think of how foolish that is: God gave us the gift of our brains and the rules of nature. What a gift science is to us. But because an angry evolutionist was mean to me, I gave up on studying.

And that’s why we need to be very careful in how we deal with the wrathful irrationality of unbelief. For we can mishandle it. We can mishandle it by listening to popular culture instead of the bible. Popular culture preaches to us that there is a solution to the irrational wrath of unbelief. But the solution is just as irrational. Popular culture teaches us that the solution is to answer persecution with violence. There is a place to speak about self-defense and the defense of those in our care. But that’s not the context here. In fact, that’s not the context in the entire book of Acts. The great theme of the book of Acts is that instead of killing those who persecuted them, the Christians rejoiced that there were considered worthy for suffering for the sake of the name.

And that’s why it’s so vital to have in our minds this prayer: Rescue us, O Lord, from irrational wrath. And we do that in only one way: Like Stephen we see Jesus as he is shown to us in his word. He, right now it at the right hand of God. He has forgiven our sins of fighting irrational wrath with irrational wrath. And he is in control of all the details here in this life. But my dear friends, look at how these words end: “55 But Stephen, full of the Holy Spirit, looked up to heaven and saw the glory of God, and Jesus standing at the right hand of God. 56 “Look,” he said, “I see heaven open and the Son of Man standing at the right hand of God.” 57 At this they covered their ears and, yelling at the top of their voices, they all rushed at him, 58 dragged him out of the city and began to stone him. Meanwhile, the witnesses laid their coats at the feet of a young man named Saul. 59 While they were stoning him, Stephen prayed, “Lord Jesus, receive my spirit.” 60 Then he fell on his knees and cried out, “Lord, do not hold this sin against them.” When he had said this, he fell asleep.” (Acts 7:55–60 NIV11-GKE)

Here too we fall and fail. We forget that those who are filled with irrational wrath are the ones that Jesus wants in heaven too. And it’s so easy to forget this because we forget that we too are filled with our own irrational wrath. We get angry at those who gossip, but then we lie. We get angry at those swear, but then we gossip. When this happens, remember Saul, or Paul. Remember the hymn we just got done singing: “Chief of sinners, though I be, Jesus shed his blood for me.” 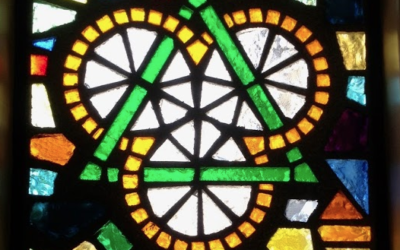 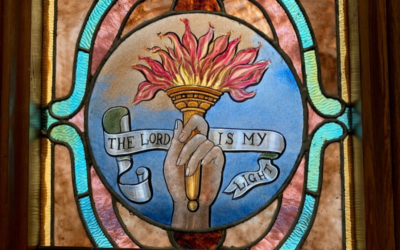 How does Confirmation lead to gathering? 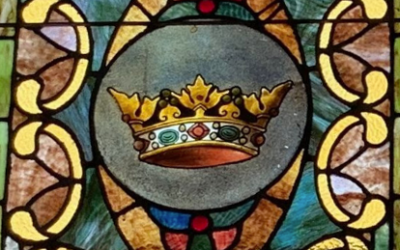 Easter 6 – Christ conquers Satan: whose side are you on?

What is love and how do we show it?