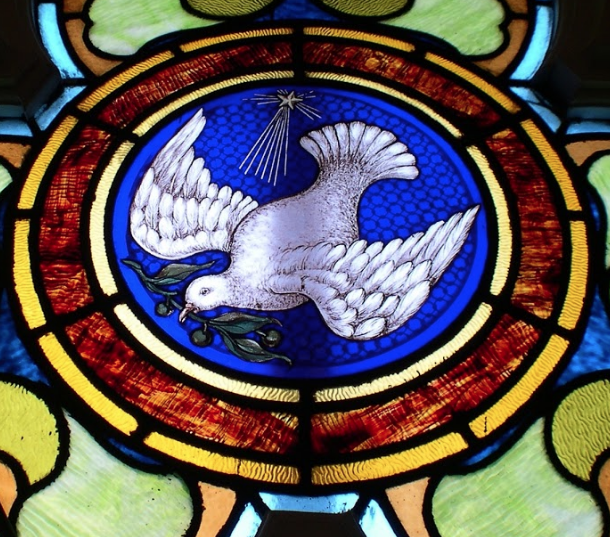 Ionly want what is fair. Many years ago, when I was a child, my brother and I shared the same room. And when you share a room the boundary lines become blurred. And my brother broke one of my toys. He said it was an accident. So what did fairness demand? I demanded that he fix the toy. It’s only fair. He told me that he couldn’t fix it because, since it was made so cheaply, no glue would hold it together. But I wanted what was fair. So what did I do? I went over to his toys and I broke one of them. After all, that was fair. But then, the toy I broke was bigger and worth more than the one he broke. So what did he do? He broke another of my toys. At the end of the hour we had bruised faces and a small pile of broken toys. And that day I had to come to terms with the fact that sometimes fair isn’t enough. Fair really and truly doesn’t fit. In God’s word this morning that is the thought that God’s word has us wrestle with. In Matthew 20, we read: “1 “For the kingdom of heaven is like a landowner who went out early in the morning to hire workers for his vineyard. 2 He agreed to pay them a denarius for the day and sent them into his vineyard. 3 “About nine in the morning he went out and saw others standing in the marketplace doing nothing. 4 He told them, ‘You also go and work in my vineyard, and I will pay you whatever is right.’ 5 So they went. “He went out again about noon and about three in the afternoon and did the same thing. 6 About five in the afternoon he went out and found still others standing around. He asked them, ‘Why have you been standing here all day long doing nothing?’ 7 “ ‘Because no one has hired us,’ they answered. “He said to them, ‘You also go and work in my vineyard.’” (Matt. 20:1–7 NIV11-GKE)

These are words you have to picture. We have a land-owner. And in one of the lands he owns he has a vineyard. He wants the vineyard to grow, so he goes out and hires workers. In those days there’s no craigslist, facebook, or linked-in agencies to go through. If you were out of work, you went to the open area in the middle of town. And people hired you. That’s what the owner did. But what follows next is interesting. He keeps going back. Every three hours for twelve hours straight, he does the same. And he tells them all the same words: “Go out and work. And I will give you what is right and fair.”1 And they showed they all agreed in that they all went. That’s the context in these words. But the context is followed by a protest. We read: “8 “When evening came, the owner of the vineyard said to his foreman, ‘Call the workers and pay them their wages, beginning with the last ones hired and going on to the first.’ 9 “The workers who were hired about five in the afternoon came and each received a denarius. 10 So when those came who were hired first, they expected to receive more. But each one of them also received a denarius. 11 When they received it, they began to grumble against the landowner. 12 ‘These who were hired last worked only one hour,’ they said, ‘and you have made them equal to us who have borne the burden of the work and the heat of the day.’” (Matt. 20:8–12 NIV11-GKE)

At the end of the long working day all the workers are lined up. The ones who were hired at the later parts of the day were paid a day’s wages. And this was good news to those who were hired first. For they concluded that, since they endured the burden of the work and the burning of the sun, then they would be paid more. But they weren’t. You can just hear them saying those words, “It’s not fair.’”

But my dear friends in Christ, there are problems with “fair,” aren’t there? The first problem the workers make is that they assume that not-working is fun. I have ministered to many elderly people over the years. And one of the great sadnesses they have to deal with every week and maybe even every day is that the younger people are able to work and they are not. The simple work of pushing a lawn-mower or gardening in the back yard they cannot do any longer. They would love to work. But they are unable.

The first mistake the workers made is in how they thought about others. The second mistake they made was about themselves. They thought that they deserved more than what they agreed to. Each of them agreed to work and at the end of the day receive a day’s wages. Nobody twisted their arm. But even more to the point in this context is a spiritual one. It’s the burden of work and burning of crosses we have to bear as Christians. And when we have these burdens of having to read our bibles and this burning heat of struggling and striving to not sin because we follow Christ. Because we have these hardships we think that we deserve the salvation we receive—because it’s only fair. And we forget that, if God were fair, since there’s nothing we could do to take away even one of our sins, we would all be lost right now. So this obsession with fairness of truth about others and themselves. And in these final words we see it robs them of knowing the truth about their master too. We read: “13 “But he answered one of them, ‘I am not being unfair to you, friend. Didn’t you agree to work for a denarius? 14 Take your pay and go. I want to give the one who was hired last the same as I gave you. 15 Don’t I have the right to do what I want with my own money? Or are you envious because I am generous?’ 16 “So the last will be first, and the first will be last.”” (Matt. 20:13–16 NIV11-GKE)

Here, as the master speaks, we see the last and biggest area that fairness fails and does not really fit. Fairness only gives you the bare minimum. And fairness often only gives you the bare minimum by taking away from someone else. And here, in this master of the vineyard we see how far fairness fails us. For, at the end of the day, what we need is not for Jesus to be fair. Instead, we need him to care. Notice how Jesus describes this master. He accuses them of being greedy against him because he is good and generous. That, my dear friends, is what we need at the end of the day. We need Jesus to care, not what is fair. Care gives what we do not deserve. Think of how often you have claimed gifts that you think you deserve simply because you are used to having them. That’s what fair does. But care realizes what we have we have by God’s goodness.

My dear brothers and sisters in Christ, may these thoughts shape your own. When it comes to your God above, instead of asking, “is God fair,” let each of us ask, “does God care?” For fighting for fairness will fail us. But God’s goodness will save us in Christ. Amen.