Do not be afraid. The Lord is with you. 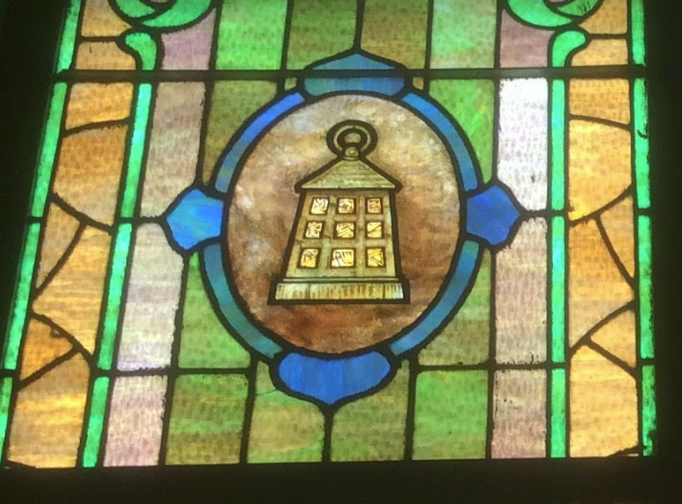 Come on out, we’ve got you surrounded. Years ago, that was a phrase you used to hear on TV all the time. There would be a bad guy in the bank, trying to rob it. And the police officer would say, usually with a megaphone those words. There’s a reason people use those words. If a person is surrounded, they might very well give into fear. And when people give into fear, they make horrible decisions. This morning we see people who are cornered and surrounded. And we see the fear—real and raw fear people have when they are surrounded. And we see what the Lord does to deal with that fear. In 2 Kings, we read: “8 Now the king of Aram was at war with Israel. After conferring with his officers, he said, “I will set up my camp in such and such a place.” 9 The man of God sent word to the king of Israel: “Beware of passing that place, because the Arameans are going down there.” 10 So the king of Israel checked on the place indicated by the man of God. Time and again Elisha warned the king, so that he was on his guard in such places.” (2 Kings 6:8–10 NIV11-GKE)

Israel had a neighbor to the Northeast. That was Aram. And the two nations did not get along. The king of Aram was afraid of Israel. He was afraid of Israel’s armies and their power. So, he tried, again and again, to ambush the armies of Israel. But, as often as he tried, he kept failing in his ambushes. This made him angry. Why was it that, wherever he sent his army to ambush their army, their army never showed up. So, he called together a council meeting to discuss the situtation: “11 This enraged the king of Aram. He summoned his officers and demanded of them, “Tell me! Which of us is on the side of the king of Israel?” 12 “None of us, my Lord the king,” said one of his officers, “but Elisha, the prophet who is in Israel, tells the king of Israel the very words you speak in your bedroom.” 13 “Go, find out where he is,” the king ordered, “so I can send men and capture him.” The report came back: “He is in Dothan.” 14 Then he sent horses and chariots and a strong force there. They went by night and surrounded the city.” (2 Kings 6:11–14 NIV11-GKE)

These are some fascinating words. The king of Aram thinks that he has a spy in his midst. And the very honest appraisal he receives from one of his officers is almost funny: the very words you whisper in your room Elisha tells the king of Israel. And if the king of Aram was afraid of the armies of Israel, he was that much more afraid of the prophet of Israel. So he sends his shock troops—his cavalry and chariots to surround the village of Dothan.1 How does this end? We read: “15 When the servant of the man of God got up and went out early the next morning, an army with horses and chariots had surrounded the city. “Oh no, my Lord! What shall we do?” the servant asked. 16 “Don’t be afraid,” the prophet answered. “Those who are with us are more than those who are with them.” 17 And Elisha prayed, “Open his eyes, Lord, so that he may see.” Then the Lord opened the servant’s eyes, and he looked and saw the hills full of horses and chariots of fire all around Elisha.” (2 Kings 6:15–17 NIV11-GKE)

The scene shifts to the next morning. Elisha’s servant gets up. And he realizes that he is surrounded. Hundreds of horse and chariot surround the village. And from that fact of being surrounded, he becomes afraid. But Elisha sees what his servant does not. He prays that the servants eyes would be opened. And what the servant sees is another group of horse and chariot. But these are horses and chariots of fire. Dothan is in the middle. It is surrounded by Aram’s army. But their army is surrounded by the Lord’s army of angels.

By dear friends in Christ, there are times, when, like this servant of Elisha, we are surrounded. It seems as if there are far too many demons out there in the world for us to combat. And, even if we never took our focus off of ourselves, we could very well conclude that we are surrounded by so many sins and temptations that the sheer number of them would crush us. And from that fact that we are surrounded, we can be afraid. And in that fear we can cling to life-preservers that will sink us instead of holding us up. For there is this temptation we all face, that when we are surrounded and we do not see God getting his work done, we want to pry open God’s hidden will and see what God is up to. We need to see for ourselves that God is in control. But, my dear friends, recognize that what we see here is an exception. Most of the time the Lord does not show his angels. Most of the time we do not see him working against those who surround us. Jesus tells us: “25 I assure you that there were many widows in Israel in Elijah’s time, when the sky was shut for three and a half years and there was a severe famine throughout the land. 26 Yet Elijah was not sent to any of them, but to a widow in Zarephath in the region of Sidon. 27 And there were many in Israel with leprosy in the time of Elisha the prophet, yet not one of them was cleansed—only Naaman the Syrian.”” (Luke 4:25–27 NIV11-GKE)

Notice the point that Jesus is making. The ministry of Elisha was an exception. There were many amazing miracles he poured out. And even in those years, the miracles were not repeated. We should not conclude that the servant of Elisha saw the angel armies after this one day. But it’s so tempting to try to pry open God’s hidden will because we are surrounded and because we have real fear. One of the ways we can be tempted to do this is by concluding that God speaks directly to us when he simply invites us to make decisions in our every day lives. There was a young woman who wanted to break up with her boyfriend. And instead of taking on the responsibility of saying, “I am breaking up with you,” she told her boyfriend, “The Lord convicted me, telling me that I need to go my own direction.” How nice that was supposed to work out—or so she thought. For her boyfriend’s mom found out about the breakup. And his mom said, “you cannot break up with him because the Lord laid a burden on my heart, telling me that you would be my future daughter-in-law.” It’s so very easy to conclude that God is speaking to us directly. And the reason it’s so easy is because there are times we are really, truly surrounded in our lives. We are surrounded by the evil enemies of the church. We are surrounded by our own evil temptations. And in fear, we desperately yearn to see and feel God’s presence and power in our lives.

These words are amazing for us to hear. For when we see the Christian church surrounded out there in the world and the enemies of Christ growing and multiplying, remember these words: Those that are with us are more than those who are with them. We have more—more in number, but even more importantly, more in power. So you cannot see them. That’s ok. That’s our Lord’s job and role to use them. And he’ll get that work, like so many other tasks done without you. And when you are surrounded by your own sin and temptations to sin, remember the one sacrifice for sin. For isn’t our life like that—that we seem to almost get a handle on one type of temptation: laziness, lustfulness, lies; avarice, ambition, anxiousness—we almost seem to get a handle on it. But then another temptation gets us. There are so many of them. What will we do? We will recognize and remember that there is one—one Savior and one sacrifice for our many sins.

We are surrounded. We are surrounded by so many enemies of the church and so many temptations in our selves. How could we not be afraid? Let us not, in our fear, work to pry open God’s hidden will. Instead, let us cling to God’s promises in his word. For he has promised that where there are many enemies out there in the world, he has them surrounded. And where there are many sinful temptations in our hearts, there is one Savior and one sacrifice to pay for our sins. Amen. 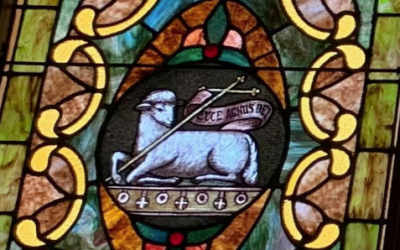 What do you do when your gods follow you? 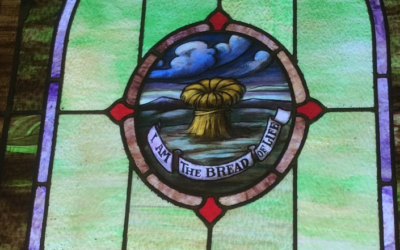